The chart below marks each year’s annual high in green and each year’s low in red – then plots those points within each year from 2010 – present (measured in number of days).

The normal pattern is for lows to be set early in the year and highs set towards the end. This pattern has held every single year expect 2014 (Mt. Gox).  Even 2010 – which looks like an exception – held true because pricing data isn’t really available prior to June of that year (around day 200 – where the annual low was set).

I’ve pulled 2010 and 2018 out of the median and average values because they lack a full year of data.  That leaves us with a median value of 14 days for annual lows and 347 days for annual highs.

Why is seasonality so consistent despite a radical change in Bitcoin’s investor composition, liquidity and infrastructure?  My guess would be a combination of:

1.  Price is primarily a factor of user adoption
2.  The tendency of investors to rebalance/take profit at the start and end of each year. 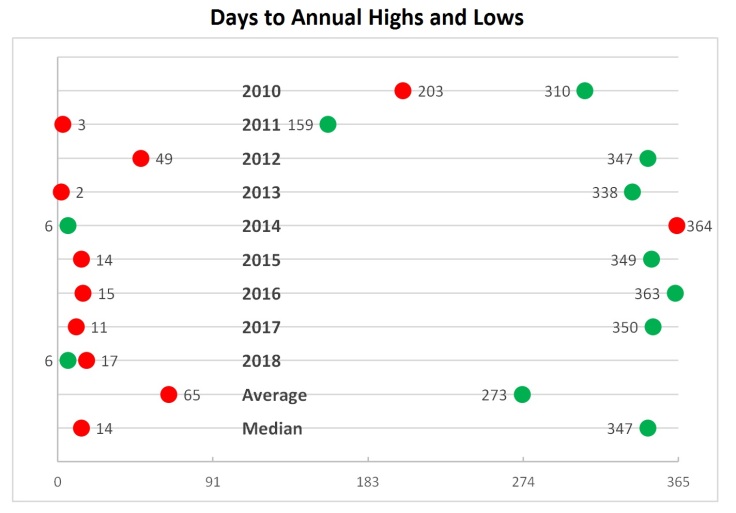